American Idol alum Carrie Underwood recently made a big announcement on the social media platform, Twitter. In a post accompanied by a photo of her cuddling with her two dogs, Carrie stated, ‘In honor of “Labor” Day…Ace & Penny would like to make an announcement. Their parents couldn’t be happier!’

The pregnancy is a first for Carrie and her husband, Mike Fisher, whom she first met at one of her concerts back in 2008.

The couple wedded in June 2010 in a grand ceremony witnessed by about 250 guests at the Ritz-Carlton Lodge in Georgia. 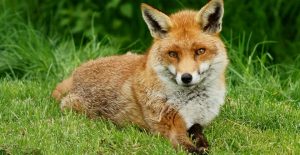 Check Out These Disney Princesses with a Twist…or Well a BEARD!!