There are a lot of stories that contain tales of the Santa Ana winds. In Joan Didon’s “Slouching Towards Bethelem” we learn of the “(…)violence and the unpredictability of the Santa Ana(…) The wind shows us how close to the edge we are”. In the “Red Wind” story, Raymond Chandler speaks of the Santa Anas as well: “(…)There was a desert wind blowing that night. it was one of those hot dry Santa Anas that come down through the mountain passes and curl your hair and make your nerves jump and your skin itch”. So, yes, the Santa Ana winds are something like a thriller story, especially in the last decade’s context of global warming and wildfires. They are strong hot, dry winds that can provoke disasters because of their abilities to spread fires over thousands of acres of land and vegetation and even people’s homes. You’ve probably heard about them on the news, but we got more in detail about these troublesome winds and their origins. 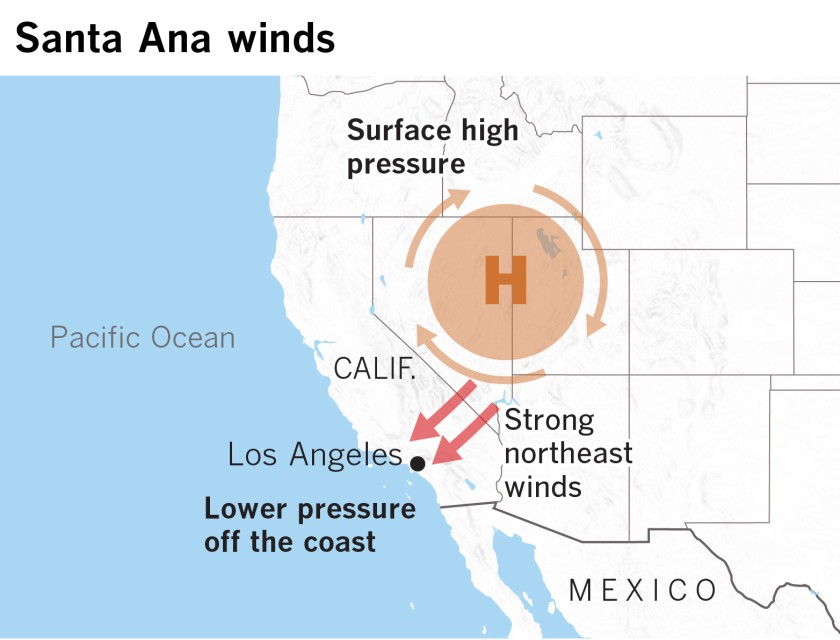 What are the Santa Ana winds?

The Santa Ana winds are dry and often hot winds that blow through Southern California towards the coast and originate from the high-elevation deserts of the Great Basin of Sierra Nevadas and the Rocky Mountains. They are quite problematic because they dry out vegetation and can fuel fires and spread them. For example, the Santa Ana winds played a key role in the fire which burned almost 100,000 acres of land and vegetation in Los Angeles and Ventura counties and also resulted in victims.

Where do the Santa Ana winds start?

The Santa Ana winds and also the Diablo winds start high above the Californian coast, in the Great Basin which stretches across Nevada, Utah and other Rocky Moutain states. At first, they are cold breezes. In the autumn, the above-deserted region cools down. As a result, the Great Basin develops a set of chill, high-pressure winds. These breezes captured inside the Basin have to escape somewhere, right? The high pressure building up inside the Great Basin makes the winds vertiginously move through the narrow mountain passes. They pick up speed and heat and they descend towards the coast. The same phenomenon happens to the Fohen winds in the Alps or the Chinook in the Pacific Northwest and the Zonda winds in Argentina. This kind of winds also has a name: “katabatic winds”; they move high-density air downslope and yes, they can be quite dangerous. For example, the Santa Ana winds get 30-degree-Fahrenheit-warm per mile.

In autumn, the Santa Ana winds are at their strongest and able to ignite wildfires. This predilection is also nourished by the fact that California has distinct wet and dry seasons. If the Santa Ana winds arrive here before the rain, then there is a very high risk of fires. In recent years, the dry periods in California have been getting longer and more severe. Last decade, California’s average fire season was 75 days shorter than now, according to the California Department of Forestry and Fire Protection. This makes the Santa Ana winds even more dangerous. The low humidity and warm temperature in the state increase the risks of dry bush catching on fire and the Santa Ana and Diablo winds can then give the blaze a powerful boost which will make the fires spread faster than firefighters can put them out.

The Santa Ana winds can gather speeds of 45 to 100 mph, as they cross mountain passes and canyons. The turbulence resulting from their crossing can interfere with flight operations and can even overturn high-profile vehicles on freeways. The Santa Anas can also bring down trees and cause other types of physical damages as well as fires. Mariners can also have to fight with rough seas as a result of these winds, at least in the inner waters off the coast.

Why are the Santa Ana winds called this way?

We don’t know for sure. The general opinion on this is that these winds are called Santa Ana from the Santa Ana Canyon. This is the place where the Santa Ana River passes between the Chino Hills and the Santa Ana Mountains. Be that as it may, the winds are quite dangerous and it is good to know all there can be known about them. 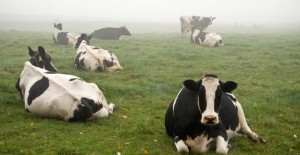