If you’re one of those people for whom a big sign saying “DO NOT PUSH”, pointing to a red button, makes you want to do nothing but push the hell out of that button, you’ve probably been tempted by the enticing allure of big, red emergency brakes. They’re standard on all New York City subways, and you can find them on most trains in any city. With a fire-engine red handle and a big sign declaring its purpose – “EMERGENCY” – I bet you can feel your palms sweating already. But what would happen if you actually gave in to your craving for mayhem and gave the emergency brake a nice, long pull? So what would happen if you were to give in to that craving? Unlike pulling the cord on the bus, which alerts the driver that you need to get off at the next stop, pulling the emergency cord on the subway brings the whole operation to a screeching halt. Subways are outfitted with compressed-air brakes that are activated when the cord is pulled; once activated, the conductor can’t start the subway again until a train crew comes and resets the whole braking system. The operation can take as many as 15 minutes, which may not seem like much; but consider that one train being delayed has a domino effect that causes delays for thousands and thousands of passengers. This is NYC, after all, and people have places to go and things to do: if you want to be the least popular guy on the N train, try pulling the emergency brake during rush hour and see how your fellow travelers react.

So if it’s so disastrous once it’s pulled, why do they even have it? When is the appropriate time to pull the emergency cord? The MTA states that you should “use the emergency brake cord only when the motion of the subway presents an imminent danger to life and limb.” What does that mean, exactly? Basically, if you see someone caught between train cars, on the tracks, or stuck in the door, you should pull that cord quick before the poor sap meets an untimely end. Otherwise, hands off – pulling the emergency cord in any other situation can seriously impede the ability of emergency responders to reach your car.

For a taste of what kind of power those compressed-air brakes have, take a gander at this video: 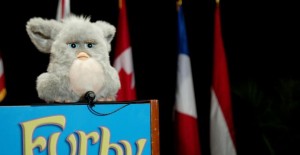 Are Furbys Really A Threat To National Security? 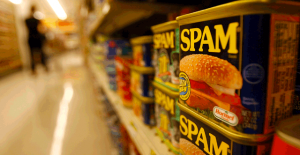