We use it everyday, almost every minute of our lives. No matter if you are a native English speaker, currently studying English or just barely knowing a few English words, you cannot possibly avoid the “the”. It is the most used English word for sure and you cannot really say something with the “the”. See? Around 4 percent of all the English words that are written or spoken are “the”. It seems like you cannot really get rid of it so it might do something important for the English vocabulary, don’t you think? But what is it that it does because, at a first glance, it has no real meaning. I mean, a cat is a cat. When you say “cat” you visualize it in your mind. A house is a house. It has a form, it has a physical object attached to it, but “the” means….what? It should mean something since it is the most used word in the English vocabulary. 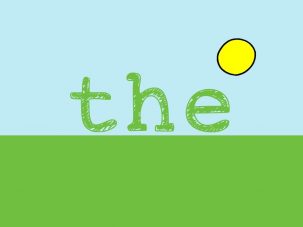 One simplified explanation would be that “the” accompanies words which refer to a specific action, event, object, person. We say “This is the man” when we refer to a certain somebody, not just a man. But if only it were this easy…”The” has many more meanings and usages. Let’s take the expression: “the pen is mightier than the sword”. Here it is not about a certain pen which is stronger than a certain sword. Here it about a whole class of objects. The whole class of pens is stronger than the whole class of swords.  Complicated? I don’t think so. We use “the” this way without even thinking much about it. The idea is how you explain it to someone who is not speaking English natively.

I mean, why do you have the flu, but only an headache? Explain this to someone who is only studying English. It’s not much of an explanation, but rather a list of situations where a non-native English speaker could get his answers – a list of situations where you use “the” and where you don’t. This is what dictionaries are for. For example, the Merriam-Webster dictionary lists about 23 situations in which the use of “the” is mandatory. Of course, a complex and vast theory of how and why to use “the” can be formulated, but it is easier to check the lists until you learn them by heart.

The are also historical uses of “the” that today no longer apply, like “play the chess”, “learn the French”. They are still listed in dictionaries, just to remind us of how languages evolve through the decades. So, the only way we can answer the question: <<What does “the” mean?>> is by dropping a little list of the most usage instances, as stated by the Cambridge Dictionary:

Dictionary list of situations for the use of “the”

1. when it refers to a particular thing or person, a specific something that has already been talked about

2. before nouns of places, when you don’t really want to get into the specifics, like when you say “let’s go to the movies”, not a specific movie title

3. when it refers to a noun whose meaning needs to be limited in some way, like in the saying of “I’ve finished the book I was reading”

4.when it refers to people or things that only exist one at a time. For example, you say about someone that is “the mayor” of a certain town.

5.used with a singular noun when it represents all the people or things under that name, like “The panda is an endangered animal”.

There are a lot more situations like this, of course. It all stands learning them and using them accordingly. 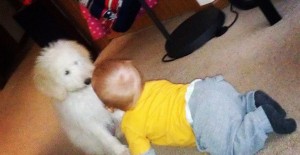 Here Are 15 Pictures That Prove It’s The Simplest Moments That Mean The Most. Heart = Exploded. 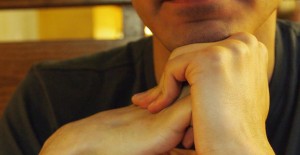