It’s tempting to believe that koalas cling to trees so emphatically because they just love trees so, so much; however, the reason these oh-so-cuddly critters are such enthusiastic tree huggers has more to do with staying cool than genuine affection.

Koalas, which are a species of marsupial native to Australia, will spend most of their lives living in eucalyptus trees; eucalyptus makes up most of their diet, and life in the treetops is quite a bit safer than the ground, where predators abound. In Australia, the temperatures can hit 100 degrees Fahrenheit or above on a regular basis; for the koala, which doesn’t drink water often due to the water-rich eucalyptus leaf that is its diet, and which is covered head to toe in thick fur, that heat can be a real killer. Furthermore, the koala is prone to dehydration – koalas don’t sweat but, like dogs, let off heat by panting or licking their coat. Every time they cool down in this way, they lose a little more moisture. Intense heat can cause a koala to become severely dehydrated.

So what’s a furry fellow to do when the heat rises? According to research done by Natalie Briscoe of the University of Melbourne, koalas leave the canopy during high heat to cling to the lower trunks of trees. The tree trunk is significantly cooler than the canopy and the air; this is likely due to the water that the trees absorb through their roots. Koalas use this cooler environment to chill out when it gets too hot. They have even been known to attach themselves to Acacia mearnsii trees, even though they don’t eat the leaves, because those trunks are cooler than eucalyptus tree trunks. A koala can retain as much as half of its water supply by hugging cold tree trunks.

Also Read:  When Biology And Art Come Together, the result is BLING bugs! MUST SEE!

While it’s certainly a clever trick, koalas aren’t alone in seeking relief from the heat by using trees. It’s likely that primates and birds also utilize the cooling properties of trees, and leopards have been known to lounge in tree branches in the hottest months. 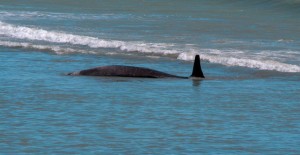 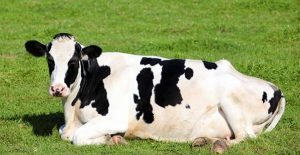 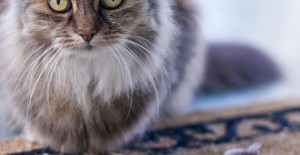 Why Does My Cat Always Leave Me “Gifts”?