Whether you like yours with a slim fit, boot cut, wide-leg, or hip-hugger, pants are modern mankind’s most versatile and popular garment. But this wasn’t always so: at one point, men and women alike enjoyed cool breezes in their nether regions from tunics, gowns and kilts. Why did the free-spirited days of robes give way to the age of trousers? Archeology might hold the answer to this query. At an excavation of an ancient cemetery in Xinjiang, China, Ulrike Beck and Mayke Wagner discovered what may be the oldest pair of pants ever discovered. The woolen pants were well-preserved, despite being at least 3,000 years old according to radiocarbon dating. 3,000 years ago in that region of Central Asia, people were living a life of “mobile pastoralism”: essentially, they were using horses to herd their cattle from area to area. Why would pants, rather than open tunics, come in handy during a time when most of your day is spent on horseback, traversing bumpy roads and engaging in battle? That question probably answers itself.

Beck and Wagner postulate that the pants they found fit the mold of today’s modern riding pants: they had a wide crotch for straddling a horses’ back, and were straight-fitting. Their findings also imply that the invention of pants and the rise of horseback riding in both battle and daily life were intrinsically tied. To add to this theory, the graves were rife with items like whips and bridles, essentials for horseback riding.

Some historians believe that horses were first introduced to the Xinjiang region as many as 3400 years ago; previous to this find, the oldest-known pair of pants belonged to a mummy found in the same area, which was 2,600 years old. 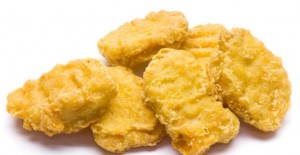