Two prostitutes decided to grab motorists attention by strutting through a pedestrian lane at a town reportedly located in the Russian Federation. One of them started walking pompously down the crosswalk, hoping to catch the attention of potential clients as they drive down the street, while the other one started to do the same from the other side of the road.

It’s not unusual for motorists to glimpse at whatever he finds attractive while driving. One motorist in this particular video decided to act impulsively and let his instincts get the best of him, resulting in a disastrous consequence where he ended up being the laughing stock instead.

The driver of the car, which appears to be a black compact vehicle, decided to put the gear in reverse and hit the gas while his eyes were on the prostitutes. Consequently, the car’s rear bumped into a lamp post, putting himself in a lose-lose situation, where he ended up damaging his car while being laughed at by bystanders.

Just a friendly reminder, keep your eyes on the road when driving! 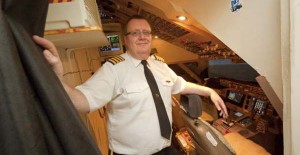 Forced to give up his dream of being a pilot, this man builds a life sized Boeing simulator in his house! 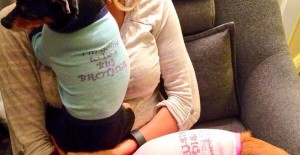 Carrie Underwood Dogs Make Big Announcement on Labor Day! Check Out What They Have to Say 39 Breathtaking Places to See Before You Die, Especially the 31st!