Let us exemplify for you what upspeak really is. Imagine someone it’s asking you what day of the week it is today. Say “Sunday”! Say it out loud now! See how your voice pitches down as you approach the end of the word? SUN-day. Right? This is called “downspeak”. Now, for the upspeak, try saying “sun-DAY”. Raise your voice pitch at the end of the word.So, when the intonation is falling, like in regular talk, that is downspeak. When the intonation is rising (this is a little bit unusual), it’s called upspeak. Now, for the definition lovers: Upspeak is an intonation rise in tone at the end of the sentence or word. It is usually used when you want your sentence to sound like a question.

Upspeak is what some people use when they are not really confident in what they are saying, when they are mimicking others or simply to try and make a point. It usually sounds strange to put upspeak in your regular talking tone. If you’re just studying English and you’re not much of an expert at it, you might use upspeak out of lack of confidence in what you are saying, much like questioning the others around you whether what you are uttering is correct or not. Upspeak can be quite confusing, like someone is talking to you like he’s posing question after question? Do you see what I’m doing here? Women tend to use upspeak more than men? Now I’m “upspeaking” to you? See? 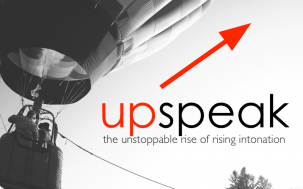 Know why people are using upspeak

It is quite important to know why people are using upspeak. There might be some psychological reasons behind it and it could help you to read a person better and know what your interlocutor is all about from the first sentences. First and foremost, upspeak might be just a habit people pick up from those around them. Maybe they watch too much TV or Youtube videos and they see a not so confident person speaking or some annoying man using upspeak in an unusual way and they get this intonation rise from them. So, listen to yourself a little and if you realize you are actually using upspeak, try and get rid of it because it’s quite annoying and it might make you sound very unsure and stressed out. I mean, you can’t really ask a question with everything you say, can you? It’s like you are asking for permission all the time.

Now, not all upspeak is a sign of weakness. There are some research that show otherwise, but these people are quite different and in a context that really gives you the right answer. Let’s take an example. You are in a room full of people wearing 4-buttons suits and with an expert in the middle using upspeak when presenting the next big project. When put in these situation, people in the room perceived the use of upspeak as a sign of competence and confidence. But when the person in the room using upspeak and talking about, let’s say, politics, was labeled as “non-expert”, all the other in the room signaled out his incompetence and uncertainty.

The conclusion? You must learn how to pay attention to what a person really says and not to how she says it and see through the different uttering styles or verbal tics, straight into the subject at hand. Different intonations and verbal tones really make an impact, but words…words are some of our greatest inventions and they should be listened to accordingly. Now that you know what upspeak and downspeak is all about, what are you going to do about your own intonation?

What is vocal fry?

Why is yawning contagious? 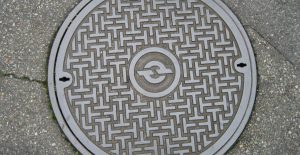 Why are manhole covers round?