The answer, frustratingly, is “yes and no”. If you accept the term as a colloquialism, a throwback to times of pirates and tall tales, and a way to encapsulate the spirit of adventure that embodies a seafaring lifestyle, than the “seven seas” could be any seven seas you want them to be, or it could be a term that’s meant to include all of the oceans and seas on earth in one handy, alliterative package.

Also Read:  Why Does Crossing Your Fingers Signify Good Luck?

The term first pops up in Mesopotamia, in an ancient religious lyric, but cultures across the globe have used it to describe different regional waterways. Throughout history, the “seven seas” have represented hundreds of different combinations of oceans and bodies of water at different times and in different places. It’s been used to discuss trade, both regional and global, as well as to excite a spirit of adventure and desire to explore exotic lands.

For the Greeks, the seven seas referred to the waters in their immediate vicinity, like the Aegean and the Mediterranean. For medieval Arabians, the seven seas made up their passageway to the Far East and included Harkand (now called the Bay of Bengal) and Kalahbar (now called the Strait of Malacca). Europeans in the Middle Ages had multiple combinations of seven seas, including the Baltic and Caspian along with the Indian and Atlantic Oceans.

As time progressed, ushering in the Age of Exploration alongside the discovery of exciting new lands, the straights and bays of America became part of the seven seas, including the Gulf of Mexico and the Pacific Ocean.

Today, though, you’re not likely to hear anyone talk about the seven seas in a way that’s anything but figurative. The National Oceanic and Atmospheric Administration, America’s official authority on all things maritime, breaks down one possible iteration of the seven seas that could still apply today: when you consider that there are five oceans, and that both the Atlantic and Pacific are actually composed of two different sections, divided by the equator, you could say that this constitutes seven seas! 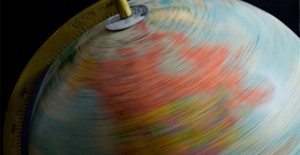 Is There Such A Thing As The Second World?