If you stop and think about it for a moment, kissing is actually a pretty weird thing to do. As Michael in the show “The Good place” pointed out, mouths weren’t made to do that. Yet it is such a familiar action for humans that the action has many different names, even within a single nation.

So Why Do We Kiss?

There are even multiple ways to kiss, from the chaste kiss on the cheek to the more passionate necking.

What makes this … less obvious way of showing affection so recognizable around the world? We didn’t need movies and TVs to show us about kissing – though they have certainly taught us a much wider way of thinking about it or doing it. Humans have been kissing for as long as we know.

1. It’s not quite so universal.

That actually makes perfect sense because parents kiss their children, acquaintances kiss on the cheek in hello, and a wealth of other non-romantic displays of affection. Remember, if you live in a kissing culture, it is just as likely to mean something other than a romantic interest.

Still, even cultures where kissing isn’t common can recognize what is happening when two people kiss on screen.

So why do we kiss?

Kissing has been around so long that it’s pretty much guess work as to what has made it so easily recognizable. One of the most popular theories has the act being one of love, but definitely not romantic love.

You probably know that some birds regurgitate their food for their young – in other words, bird babies eat chewed up (and sometimes pre-digested food) from their mother’s mouth. It is thought that this is how babies learned to eat solids in early human history.

As off-putting as the idea may be, it actually makes sense. After all, they couldn’t just go to the store and buy baby food. When a baby is getting too old to breastfeed, it is thought that mothers make sure that they are able to keep eating food. That means chewing up the food then passing it to their baby or toddler through lip-to-lip contact.

By 1500 BCE, it was clear that kissing had become a more romantic activity, with Indian literature talking about it. It was the Romans who decided to start identifying different types of kissing.

When you kiss someone on the cheek, it is rarely seen as a romantic gesture – well, unless you are 8 years old and that is about as steamy as you are likely to get. The Romans called this an osculum. Today, it is largely used either as a greeting or to show adoration for someone.

Moving into something a little more romantic, we have kissing on the lips, or as the Romans called it, basium. Your first romantic kiss is almost certainly this kind of kiss. It’s a little more intimate than a kiss on the cheek, but not nearly so steamy as our next type.

Savolium was the Roman term for deeper kisses. Today, most of us would probably call this French kissing. It’s almost enough to make you want to fan your face when you think about this kind of kiss!

4. For women, it’s driven by something more primal

Whatever the history behind kissing, scientists have found that it helps to turn them on. Initially, research showed that when women kissed, it was a way to better size up each potential mate.

Perhaps this is why women today now overwhelming report that they aren’t likely to have sex with someone without kissing first. If a partner isn’t a good kisser, women are not likely to go any further with a physical relationship.

If you’ve ever kissed someone, you probably already know that kissing can feel really good. Even if women are more receptive to more physical contact when kissing is included, most men who kiss aren’t going to say they don’t enjoy it too.

Your lips have some of the most sensitive skin on your body, and that’s because they have a lot of nerve endings. Press them together with another pair of lips and it just feels really nice.

Another part of that positive experience is the chemical releases that kissing causes in your body. The prelude to kissing is usually butterflies and anticipation – then you actually kiss and – fireworks! That’s as much the oxytocin, dopamine, and cortisol helping boost those positive sensations. 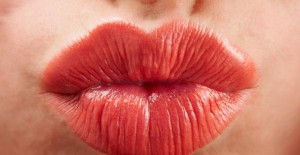 Kissing is gross, Here’s why

Who was Loana the bloodthirster and how did she die?