[tps_header]Who says women are only for the kitchen and feeding babies? Women are certainly capable of bending gender roles. Throughout the time, some women had been defying these so called roles and are making history even if their statuses are kind of bleak and mostly, it focuses on household chores and keeping their men happy. Here are 20 of these women who made history by defying the roles allotted to them.    [/tps_header] Golda Meir was known to be the grandmother of the state Israeli and was called to be “the best man in the government” by then-Prime Minister David Ben-Gurion. When Meir became the Prime Minister, she was able to give a lot of major contributions like raising $50 million from American Jews. She was also the one who negotiated the British Mandate and the Jews in Palestine. 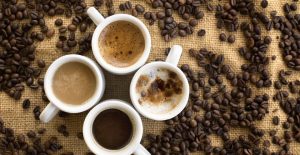 Who discovered coffee? A Brief History