A few days ago, Thomas Eric Duncan, a Liberian man and the first person diagnosed with Ebola in the United States, died at a Texas hospital. As fear ramps up around the Ebola virus and fever screenings are put in place at selected airports across the country, the public’s fear seems to be growing out of proportion to their real risk.

But somebody shared this satirical meme on imgur the other day and astonishingly it has come nearly true. 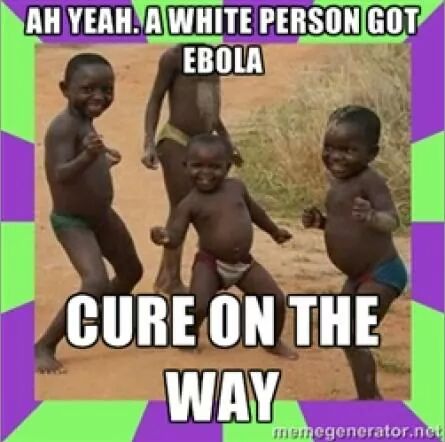 A Texas-based company has developed an Ebola killing robot that can clean a hospital room in five minutes and destroy the virus by fusing its DNA.

The robot uses pulses of high-intensity, high-energy ultraviolet (UV-C) light to disinfect a room. The robot’s Xenon-containing light bulb kills 99.9 percent of dangerous viruses and bacteria in less than 5 minutes. The light can also split open bacterial cell walls to kill dangerous pathogens commonly found in hospitals. Xenex’s founder and Chief Scientific Officer Dr. Mark Stibich said these robots can rid a hospital room of germs in under 5 minutes and destroy Ebola on any surface in 2 minutes. 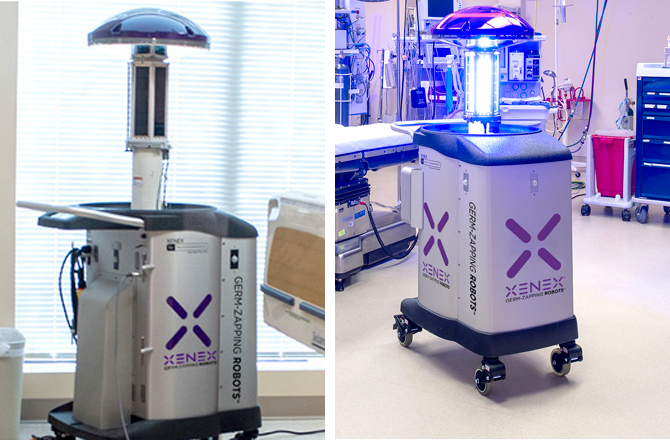 The machine is currently doing battle against viruses and bacteria in 250 hospitals across the country, including the hospital in Dallas where Thomas Eric Duncan, the first Ebola patient diagnosed in the U.S., was treated and eventually died.

UV light is all around us. And you’d be right. The sun’s rays are made up of three different kind of ultraviolet light. The first two, UV-A and UV-B, shine onto the planet and are responsible for making people tan as well as giving other sunburns and even skin cancers.

But the ozone layer surrounding Earth blocks UV-C. Because this light doesn’t exist in the natural world below the ozone layer, organisms have not evolved genetic mechanisms to deal with it. That’s where Xenex comes in. The robot pulses UV-C light for five minutes in a given location, such as a patient’s hospital room. When the light encounters bacteria or viruses, it damages their DNA, essentially disabling the pathogen and killing it.

Actually, UV light has been used for decades to disinfect air and water. But older versions of this technology relied on mercury-based light bulbs, which are toxic. Xenex uses xenon gas to create the light, which is turns out is 25,000 times more intense than the UV light that the sun produces and also kills a wider range of germs.

Xenex is currently in discussions with the US Department of Defense and several relief organizations about deploying the robots to Africa. The company is also talking with several major airlines about disinfecting cabins.

Share the word. Let your friends heave a sigh of relief.