In the light of the latest climate change developments, have you ever asked yourself: what would happen if people just disappeared? Would it be better for the planet? Would it go back to normal? Let’s use our imagination and visualize Earth without us for 1000 years. Everyone slept for 1000 years. What would you see when you woke up? Let’s find out!

Imagine Everyone Slept for 1000 Years

Hello! Welcome to 3022! You’ve been asleep for 1000 years and just woke up from your cryogenic sleep. Welcome to a brave new world!

You get up from your cryogenic sleep chamber and look around you. You are in an underground bunker together with thousands of other people just waking up from their cryosleep.

Fully-autonomous robots are moving around, helping people get up on their feet. Your special robot friend comes over to you and hands you an iPad. You unlock it and gain access to the detailed story of everything that went on in the world in the 1000 years you were asleep. Let’s watch it together, shall we?

Everything you are about to read is an exercise of imagination. These are hypothetical facts that could happen if humans went to sleep for 1000 years.

1. Lights go out all around the world

The power plants fizzled out quite quickly. Without humans, the electrical load wasn’t that big.

So, the power generation and load got uneven, so the automatic safeguards in the grid tripped. You can’t generate a lot of power if there is no load or vice-versa. Without humans to manage the balance, the electrical grid just shut down. But what happened to every power plant?

The coal plants ran out of fuel first. There were no workers to operate the machines that refueled them. Nuclear plants followed suit.

It’s true that nuclear power plants refuel once in 18-24 months, but the engineers who designed them put fail-safes in place. When a nuclear power plant loses its external power feed to cool it, it automatically goes into safety mode.

The wind turbines dropped to 30% of their capacity in one year and were completely dead after 18 months. The electrical components in them failed first. There was no one to change the fluid in their gearboxes. Without humans to manage them, in some parts of the world, the high winds destroyed them.

The hydro plants were computer-controlled, so they stayed functional for years producing enough electricity to keep themselves on. However, without humans to manage them, the turbines started to corrode. So, after two decades, all of them died out.

Hydro dams continued functioning for a few decades until their intakes were clogged by debris.

The solar panels lasted for about 25 years in some parts of the world. Their output dropped gradually as dust set in. The lead-acid batteries gave out after three months, though.

Nevertheless, the essential piece that failed was the power grid. Without maintenance, transformers, switches and power lines failed. After 6 months, the worldwide power grid was in complete disarray, so large parts of cities went dark, even though some power plants continued to function.

At this point, you might be wondering, how did the cryogenic chambers keep us alive for 1000 years if the worldwide power grid went down. We’ll tackle that later in the article. So make sure you read till the end.

Without people to run the water pumps and because of electricity disruptions, the subways of most cities got flooded within 36 hours. It was not a tragedy, as there were no people to suffer. But that would have been a sight to watch!

3. Nature broke into the cities

After the water flooded the undergrounds of most cities, it began to erode the metal structures that hold up the streets. After some time, entire avenues collapsed, forming mid-city rivers. 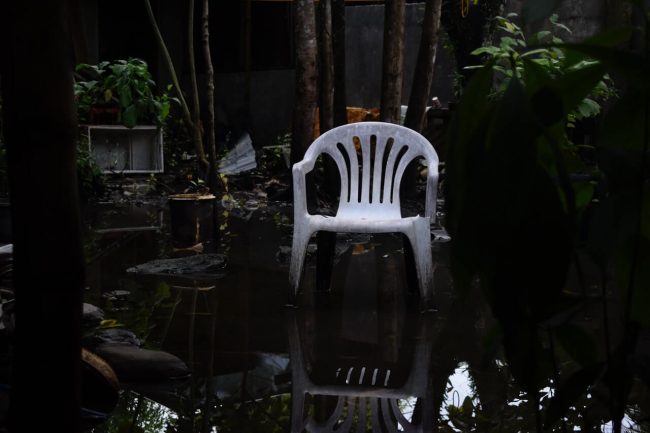 The water also continued to find its way through the pavements, and after some winters, cracks appeared, providing niches for weeds, plants and even trees to take root.

After 20-30 years, vines and ivy covered most of the buildings in the cities. As pavements continued to disintegrate, the towns continued to turn greener and greener. Nature marched in with its shrubbery and trees.

Cities close to the sea level sank. Their systems of dikes, dams, barriers and floodgates began to deteriorate until they broke down and let the ocean in. Cities like Amsterdam, Rotterdam, The Hague, Venice, Bangkok, Georgetown or Savannah are now underwater. 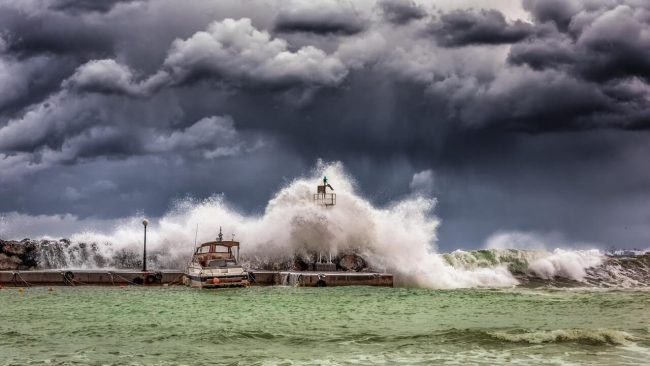 With no one to trim the weeds, parks began to overflow. Towns closer to the woods started to have some strange visitors – wild animals.

The zoo animals managed to escape and started to roam the streets in search of food. Some survived, some didn’t. Unfortunately, most of the domestic animals didn’t make it without our help. Dogs, cats and other pets entered into a fight for survival. It was bad news for the smaller dog breeds.

After two centuries, almost all of the planet’s paved streets and sidewalks were covered in vegetation. There were no avenues, just long, infinite grasslands.

Occasional fires broke out because of the dry leaves and twigs that had grown through large steel and glass constructions. Since there was no one to put out the fires, entire cities burned down. You can no longer tell where Paris, New York or Las Vegas used to be.

Modern glass and metal constructions shattered first. However, some stoned and concrete structures endured, especially in the dry, arid areas.

The problem with metal is that it rusts. Even the steel rebars inside reinforced concrete buildings rusted, damaging the structural integrity of the constructions.

After 300-400 years, even the Eiffel Tower collapsed to the ground.

Some evidence of our past existence remained, only that instead of buildings, you will find large piles of brick and steel overgrown and covered with soil and plants.

Without men using pesticides and other chemicals, insects came back strong. They have enough farmland and grassland to lead peaceful and thriving lives.

More insects mean more pollination and cross-pollination. So, the plants also thrived, and new species appeared. More greenery encouraged even more wildlife to take up residence in our cities and towns. Birds also love it around here now.

The swamps that once covered large proportions of our world reappeared.

8. Biodiversity increased on a global scale

Since we slept for 1000 years, and we weren’t around to hunt animals and invade their habitats, they could thrive. We now have more lions, bears, elephants, tigers and rhinoceroses. The megafauna populations grew exponentially.

If you want to go back to your old home in northern Europe, you will find a family of rhinoceroses living there. Or, if you are from the Mediterranean, elephants will be living in your home. Isn’t that amazing? 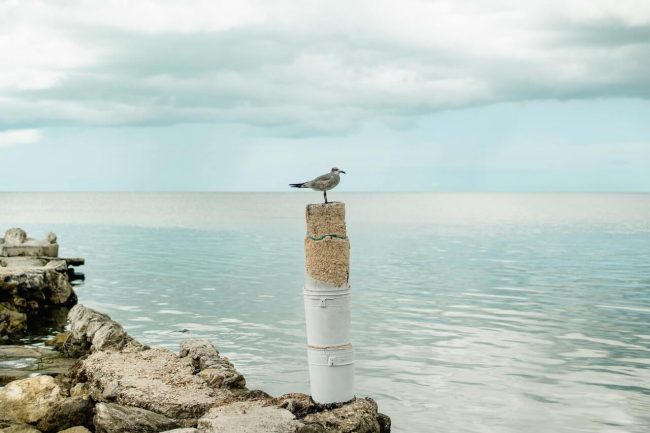 Unfortunately, 1000 years was not enough to reclaim the diversity of all the species that were on the verge of extinction. However, it was enough time for some species to grow their numbers.

Even if everyone slept for 1000 years, the effects of climate change are still around.

Our planet did become more abundant and diverse, but the plastic residues are still around. These chemicals cannot be eaten or digested by bacteria. Some of them were swept into the ocean, where they settled as some form of sediment layers.

Also Read:  Why Does Being Tickled Make Us Laugh?

Unfortunately, there have been explosions at some industrial plants. Oil wellheads are actually still burning in some places because there is no one to put them out.

Although oxygen consumption has plummeted, our planet is still giving out considerable amounts of carbon dioxide. The natural carbon cycle needs a few more thousand years to return to normal.

The oceans absorb large quantities of CO2, and they are in danger of becoming too acidic for marine life.

So, the climate change issues are not gone just because we went to sleep 1000 years ago. The impacts we’ve been having on the climate will last longer than 1000 years. So we’d better get up from our cryo chambers and do something about our planet.

Ok, back to the present day, folks! You’ve seen what could happen if everyone slept for 1000 years. Now, let’s talk about how we could sleep for 1000 years and then just wake up like from a good night’s sleep.

You’ve probably heard of cryogenic sleep. It’s the stuff of sci-fi and space movies. However, we might not be too far away from that.

The principle of cryogenic sleep exists, and it assumes that you can preserve a human body by cooling it down to -200 degrees Celsius and placing it in a liquid nitrogen container. The body will enter a deep hibernation cycle and can later be restored to life and full health. You’ve seen this in many sci-fi movies with intergalactic space travel.

However, in reality, there is a small problem. A vast proportion of our cells is water. So, when you freeze water, its volume expands as it changes into ice crystals. This could irreversibly damage the cells in our body.

So, cryogenics and cryo sleep are primarily based on hopes and dreams. Even if it worked, we couldn’t all go to sleep for 1000 years. Some of us would need to stay awake and sustain the machines that keep us in cryo sleep. You need power; you need electricity and constant monitoring of the vital signs of the person in cryosleep, right?

But how do you power these massive underground bunkers where everybody is asleep? You would need to build an artificial ecosystem to sustain all of this.

However, it was fun imagining our planet if everyone slept for 1000 years. It draws awareness to the problem of climate change. It won’t solve itself and we need to do something about it, folks!

Until next time, stay healthy and live clean! 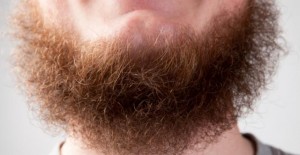