You set foot in a mall today and now “All I want for Christmas is you” is stuck in your head, right? You go to the office and a colleague plays Rihanna’s “Work work work” and then your brain is all over the place saying “Work work work” to you, on the same rhythm. Now, what do you do? You keep singing it on and on in your head, sometimes not even realizing it, right? Or you realize that a song is caught in your head, but you don’t really care and you keep singing it like it’s out of your control. Still, have you ever asked yourself why something like this happens? 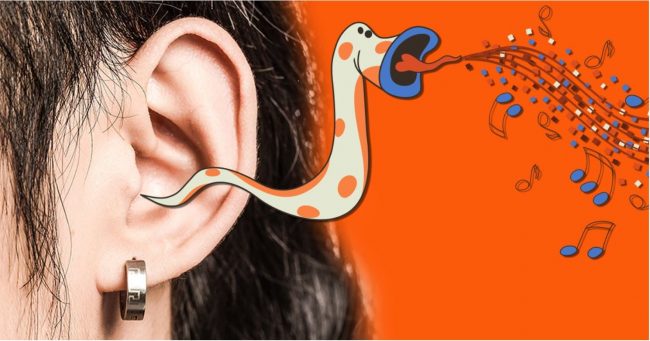 Songs get stuck in your head because of earworms, songs which have quite a fast tempo and a common melodic shape with unusual intervals of repetitions that can be easily reproduced by your brain afterward. These “parasites” just crawl into your ear and trigger a part of the brain called the auditory cortex, causing a “brain itch”, that is our brain needs to fill in the gaps in the song’s rhythm. The thing is, our brains are used to engaging in spontaneous cognition all day. The phenomenon is called involuntary musical imagery (INMI). If you are a music enthusiast and want to learn some instruments, then look into ncmac.net/why-ncmac and take advanced music lessons from experts.

Earworms are uncalled-for catchy tunes that keep repeating in your head after someone or something brought them up to your attention. About 98% of people in the western world have these kinds of tunes playing in a loop, in their minds. For two-thirds of them, the feedback is neutral to positive. They don’t mind having a tune repeating itself in an endless loop, in their mind. For the other third, though, it is really annoying and disturbing to have these songs wriggle their way into the brain’s memory center and disrupt their inner peace.

There are many theories trying to explain why songs get stuck in your head.

The truth is, we still don’t know exactly why songs get stuck in your head. There are many theories about this and a lot of studies have been made. For example, one research from Dartmouth University found that playing a familiar song to a number of research subjects would get their auditory cortex to automatically fill in the rest. This way, the brain keeps singing long after the song has ended.

There are also other researches who have found that these stuck songs that are looping in our minds are like thoughts we try hard to suppress. Nevertheless, the harder we try to keep them away from us, the more we can’t help it. A research from the University of Cincinnati claims that earworms are just our brain’s idea of keeping busy when he senses he’s idling.

A research published in the academic journal Psychology f Aesthetics, Creativity and Art found that earworms are tunes with a rather fast tempo and an easy-to-remember melody and that songs get stuck in our heads because of a thing called “spontaneous cognition”. Spontaneous cognition is is something we do 40 percent of our days and it represents our brain thinking thoughts that are unrelated to our present task at hand.

The research focused on the specific “melodic contours” which can make a song stuck easier in your head. They found that songs that follow the pattern of a first high-in-pitch phrase followed by a second lower one get stuck in people’s heads a lot easier. One good example here is “Twinkle, Twinkle Little Star” or “Moves Like Jagger”. Moreover, songs that have unusual intervals or unexpected leaps and repeated notes than the average are more likely to become earworms. The research was conducted on 3000 people and found the 9 most sticky songs on the planet. Are you curious about which they are? Well, here is the list:

Also Read:  What are earworms?

It wouldn’t be a surprise if you close this article and then begin hearing: “Can’t read my, can’t read my/No, he can’t read my poker face”. It’s not our fault, ok?

20 Earworm songs that will instantly get stuck in your head 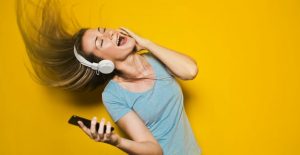