No matter how cute they are, dogs have some very disgusting habits that sometimes we cannot forgive them for: from rolling in dirt, to licking their butts and…the worst of all, eating poop. You’ve probably seen your dog do just that and wondered just what was going on through his mind, if there was something there. But, don’t need to despair, there is a scientific name for eating poop and that is: “coprophagia” and your dog is not the only one who’s doing it; poop eating is quite a common phenomena. One study from the University of California shows that 16 percent of dogs are “serious” stool eaters, that means they’ve eaten poop at least five times in their lives. 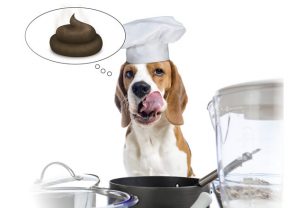 Why are they doing this?  Especially if they have plenty delicious food at their disposal to do with it as they wish? The first assumption is one that has to do with their heritage and ancestors. They were scavengers, they used to feed on anything they could find on the ground or in the trash. Coprophagia is one surviving behaviour that our canine friends have left from their ancestors when they had to make do with anything they could find on the ground. They didn’t have the possibility to be picky about their food.

Poop eating is normal for some animals

It isn’t really the most normal thing to do for your dog, but in case of rabbits, for example, it is a source of nutrients. If you actually prevent rabbits from doing this, they will have health problems. Out canine friends are long passed this evolutionary period, but just thing of a mother dog licking her puppies’ butts in order to help them poop and also in order to clean their feces away. Mothers do this for at least three weeks after birth until the puppies learn to manage these tasks themselves. Little puppies will thus develop the habit of eating its own poop or that of other animals. Eating its own poop won’t hurt, but other animals’ poop could contain dangerous viruses vital for the little baby. So, keep an eye on him when his little.

This kind of infantile coprophagia is normal for little puppies, it is a way of exploring, discovering the new world he’s been brought into. Just think of us humans putting anything in our mind when we are little.

Pay your vet a visit, though

If your dog is constantly eating poop, you should pay your vet a visit, just to rule out some possible cause like: intestinal parasites which absorb the nutrients your dog should be getting from his food,  diabetes which can cause an increased appetite, enzyme deficiency, malabsorption. Your dog might be constantly eating poop if he also suffers from pancreatic insufficiency which means your dog cannot creating any digestive enzymes in the pancreas. If, aside from stool eating, you also see him lose weight, have diarrhea, then just rush to the vet. Also, an acid deficiency which comes with age or derives from a bad diet is another reason why your dog is constantly eating poop.

There are also some other psychological reasons why you’re dog is eating poop. Isolation is one of them and studies show that dogs let alone in tiny spaces are most likely to eat poop than those happy enjoying their own big house. Restrictive confinement, anxiety, inappropriate association with real food are other motives why they are doing it. They might be even attention-seekers, just to get a reaction out of you. So, just keep your reactions to minimum when you see him doing this. 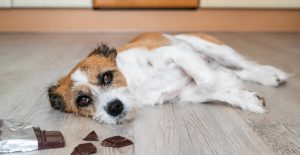 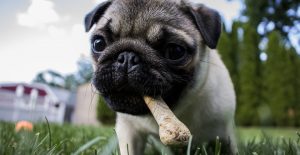