Cats are an enigma: they love you, then they suddenly don’t. They want you to pet them, but only three times, and then they bite. They make great pets, when they’re not tearing apart your home and chasing ghosts around the house in the middle of the night. And the nicest thing of all? They like you so much that they leave you little gifts around the house! Who doesn’t like finding a dead mouse on the stairs or a dead bird on the edge of the bed? 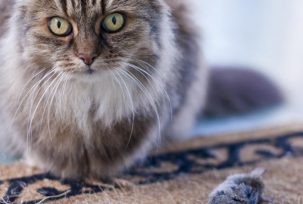 It’s no secrets that when it comes to killer pets, cats take the cake. They’re responsible for as many as 3.7 billion bird deaths each year, and as many as 20.7 billion rodents and small mammals will face a grisly end at the paws of your innocent-looking housecat. And that’s just for the United States! So why does your little tiger leave you all those gifts, instead of eating them up himself?

Basically, it’s in his genes. Cats are directly related to the big cats, like lions and tigers, and the same predatory instinct that keeps those killing machines well-fed is alive and well in your common housecat. A cat will follow its urge to hunt, then it brings home the goodies to share with the rest of its pack – in this case, that means you. Even if you give your cat all the Meow Mix he can eat, the urge to stalk and hunt is still very compelling; notice how your cat plays with her toys and say that it doesn’t look just like she’s hunting them down!

So how do cats learn these special skills? Like most predators, mothers teach their kittens how to hunt: first, by bringing home dead animals, then by bringing home wounded prey for practice. When the kittens are old enough, they go out with mom to watch her hunt and try it out on their own. But even if your cat grew up without guidance from momma, he or she will still have the urge to hunt – as well as the instinctual know-how. Even spaying and neutering your cats might not be enough to curb their bloodlust, that’s how deep the drive goes into the cat mind and body.

So when you find the next little gift from Daisy or Tom lying under your dinner table, try not to get too upset. They’re just trying to take care of you by providing you with food – and since your cat probably thinks you’re starving to death since you never go hunting, it’s probably an act of kindness more than anything else. If you can’t take any more morbid surprises, it may be time to keep your pet inside – you’ll probably make some friends in the bird and mouse community that way, too!

Was this article helpful?
Also Read:  Why does my cat knead me but not my husband? 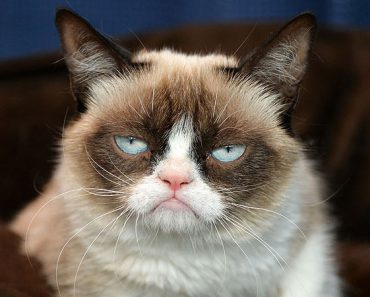 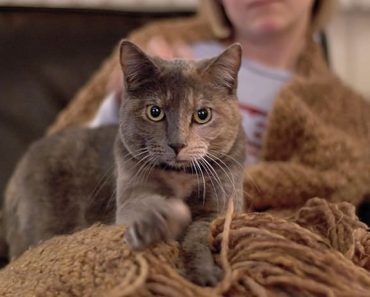 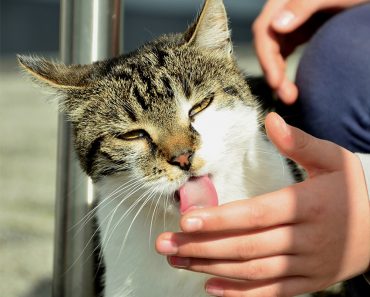